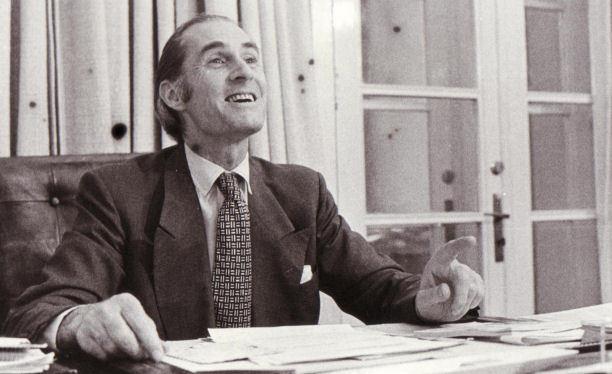 “When there is a matter of life and death, you can’t negotiate; you haven’t the time to be a diplomat. You have to be a human. You have to act on your own responsibility. If this is a new sort of diplomacy, I think we should do it.”

Harald Edelstam was the Swedish Ambassador to Chile during the early 1970s. The country underwent a turbulent transition from democracy under elected President Salvador Allende to dictatorial rule by General Augusto Pinochet. In defiance of threats upon his life and the limitations of diplomatic protocol, Edelstam and his staff assumed control of the Cuban Embassy, declaring it “Sweden” after Pinochet cut off official ties with Cuba.

He also allowed innocent Chileans to stay at the Swedish Embassy in contravention to a military directive that Allende sympathisers be rounded up and taken into custody. Edelstam saved 1300 Chileans and oversaw their safe departure.

Tens of thousands of others were tortured, murdered, or made to “disappear” by the Pinochet regime. The number would have been much higher had it not been for the actions of this most unusual diplomat. He was the very definition of the activist ambassador, and a pre-cursor to the United Nation’s Responsibility to Protect edict, which states that the international community, in times of mass human rights violations, have a responsibility to protect other humans, who are suffering due to the negligence or intransigence of that country’s government.

The Chilean Embassy continued the work of preventing human rights violations in Chile. Today, 48,000 Chileans live in Sweden. Edelstam’s example is somewhat obscure, but his work set the example for other diplomats, especially those who believe their role is more perfunctory. He gave Human Rights Law a push and helped bring about a paradigm shift in how we approach conflict in international relations.

States have the right to self-determination under the UN Charter of Human Rights and Freedoms, but that right is superceded by the responsibility of the international community to help those faced with the threat of genocide, war crimes, crimes against humanity, and ethnic cleansing; when their government is the cause of such violations or is unwilling or unable to help. The intervention in Libya by NATO forces was seen to fit such criteria, as Ghadafi’s actions against his own people were considered crimes against humanity.