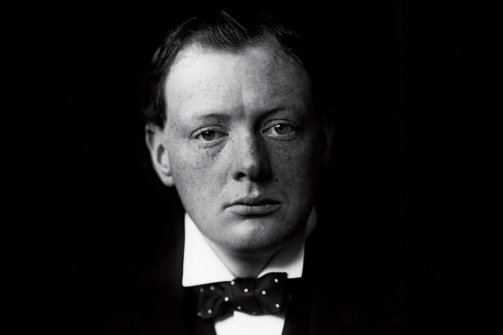 “We shall never surrender!”

His greatest contribution may lie more in the realm of prevention, rather than any grand new movement or ideology he might have started. A different result in World War II might have led to an austere world, in which much of it would have spoken only German. Of course, there’s nothing wrong with German language itself, but the Nazi regime had great momentum, an expanding sphere of influence, and an extreme ideology that left very little, if any, room for plurality. Who knows how far Adolf Hitler would have taken his policy of genocide had it not been for Germany’s defeat? So, who were the most impactful players that helped bring about that defeat?

Poland and France had fallen. England weakened by the day as heavy bombardment ensued. This is when Churchill gave his speech, which called for British resolve in the face of what seemed like certain defeat and declared: “We will never surrender.” To live in a world without democracy, a world in which only brute force determined who held the reins of power, was one in which Churchill, and consequently the British people, refused to submit. We will never know if the British forces could have held off an outright takeover by the Germans, but Churchill played no small part in convincing Franklin Roosevelt to commit U.S. forces, as well as Joseph Stalin and the forces of the former Soviet Union to join the war. Remove Churchill from this equation and even a slightly modified series of events could have meant a world of difference, a difference that would have left hundreds of millions worse off.